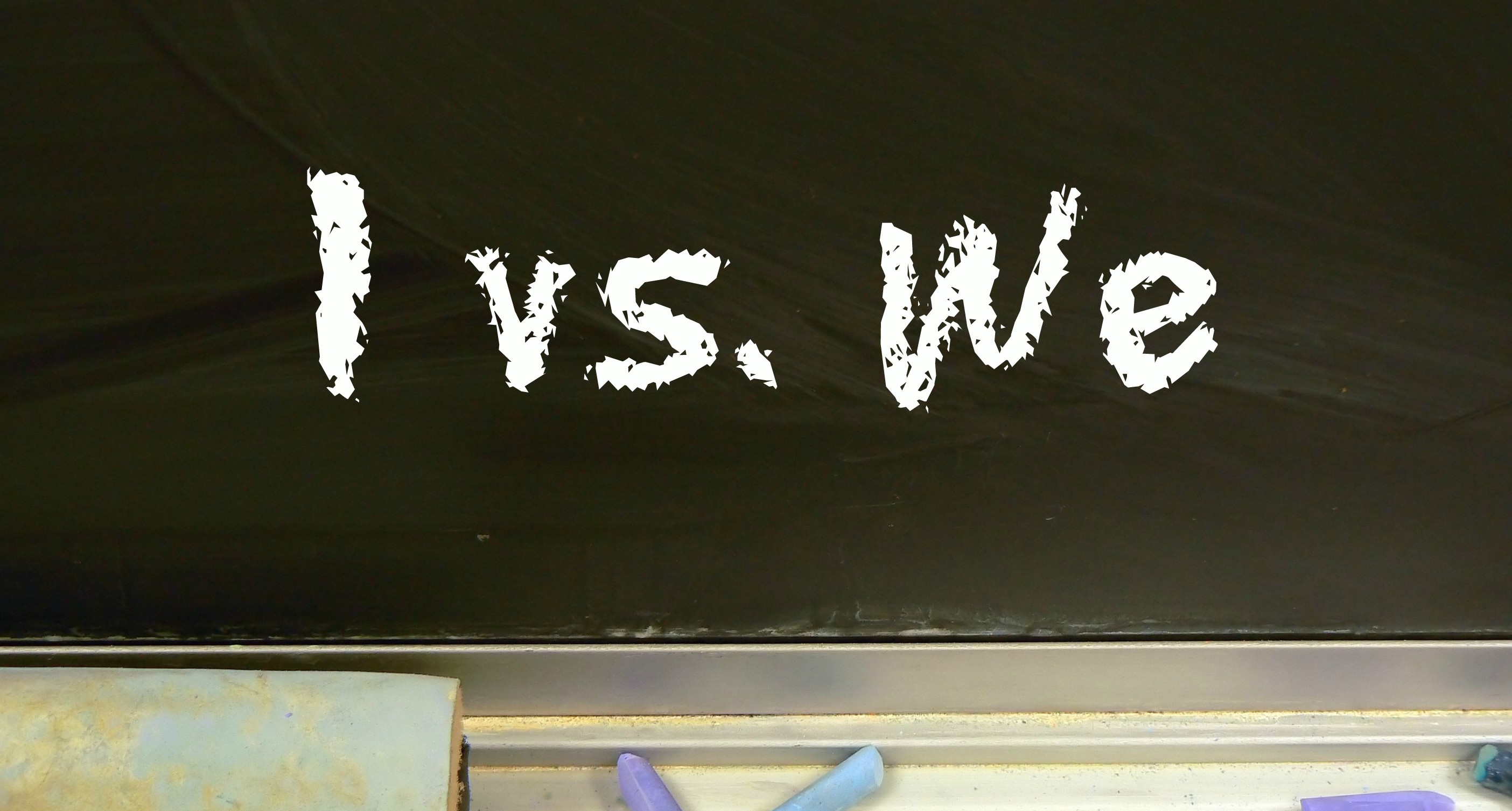 They may be tiny little pronouns, but whether you use “I” vs. “we” in a job interview can make a huge difference in a hiring manager’s perception of your abilities and achievements.

The topic came up when a client asked me whether she should use “I” or “we” during an interview while speaking of accomplishments. There are a number of studies showing that women tend to use “we,” sharing the success, while men more often use “I,” asserting personal responsibility for achievements.

So which is right? Actually, both.

In preparing for an interview, practice how you’ll describe the times when you’ve secured an accomplishment. Keep in mind whether the goal was one that you met individually or whether you were part of a team. In describing your part in the process, it’s perfectly acceptable to say “I.” But you should never take sole credit for something that you didn’t do entirely on your own.

Unfortunately, stereotypes still play a part in the decision to use “I” vs. “we” in an interview. Women who overuse “I” often are seen as overbearing or too aggressive by interviewers. Own your accomplishments and what you’ve done, but make sure you include team successes as well.

The same caveat applies to men in reverse. Be sure you include stories in which you can say “we,” referring to a group achievement. Otherwise interviewers might believe you’re a lone wolf, unable to lead a team of people constructively.

The first step in striking a balance is awareness. Consider your arsenal of accomplishments and recognize whether they fall into the “I” or “we” category. Then choose a good mix, practicing with a career counselor such as Merrfeld to deliver your summary succinctly and effectively.

With time, you’ll be able to present yourself as a well-rounded, successful individual who can meet goals independently and work well with others. And we can all agree that that’s a great accomplishment!